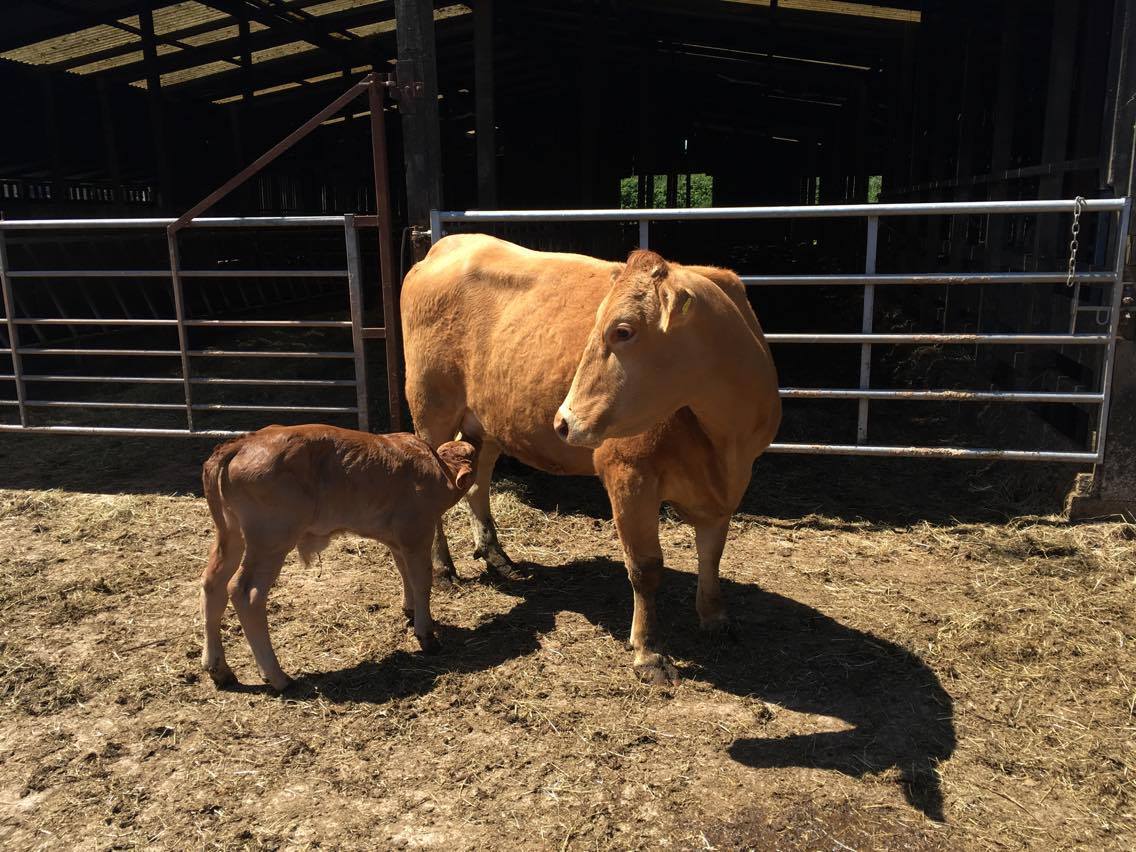 We see a range of cattle in the area from high yielding dairy cattle including the local South Devon breed, which are reared by some of our clients.

We undertake all routine and emergency work for cattle, such as calvings, fertility work, de-horning, castration, TB testing and investigation of disease outbreaks.

We use the Veterinary Laboratory Agency at Starcross for laboratory work and post mortem investigations.

Bovine TB remains an ongoing problem in cattle in this area. There is a great deal of discussion and passionately held beliefs on all sides of the debate. As vets we find ourselves in the middle working both as farm vets to our clients and as Official Veterinarians for the government.

Bovine TB is a bacterial infection in cattle but can infect all mammals including humans. It is particularly difficult to both detect and treat as it forms latent infection where the cow’s macrophages (defence cells of the body) engulf the bacteria but the organism remains viable within the macrophage but are hidden from the cow’s immune system.

Cattle are tested on farm using both the comparative intradermal skin test and the gamma interferon blood test. Both tests have their limitations due to the effect of latent infection.

There is, of course, strong feeling around badgers on both sides of the debate. There is no doubt that badger control alone is not the answer. That said, a simple analogy is that a farm with infected badgers, even with complete movement restrictions and a perfect testing regime, will struggle to clear itself of TB. The evidence for badger culling having a positive effect on TB in cattle is mixed but a key study showed in the centre of cull areas a marked reduction in TB.  Badgers occupy a special place in the national consciousness. At the same time, it can’t be understated how soul-destroying it is for farmers and their vets to attempt to manage the disease with no end in sight.

For vets, the feeling you’re testing and culling without a sense of improvement can be soul-destroying. For farmers, the effect goes far beyond the economic loss, there is a personal loss of the animals they have reared and cared for. Two farmers locally have lost forty-six and twenty animals each in the last couple of weeks and are devastated and shocked.

With improvements in testing and other control measures the hope remains we will be able to get a grip on this pernicious disease for the sake of both farm animals and our wildlife.